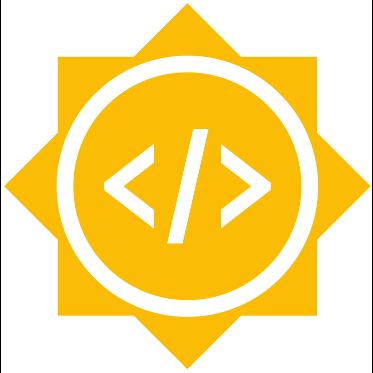 The application period for this year’s Google Summer of Code (GSoC) opens in just four days (March 20, 16:00 UTC) and runs until April 3th. If you couldn’t find anything interesting in the 54 Google Summer of Code ideas by the KDE project, here’s some more ideas on participating projects and their ideas.

Please not that the Student Stipends for this year’s edition have changed. The stipend is no longer a fixed amount (5000 US-$), but based on Purchasing Power Parity (PPP) to account for each country’s actual cost of living. The minimum is 2400 US-$, while the maximum is 6600 USD. Also you can always offer your own idea to a project and find a mentor.

The Apache Software Foundation hasn’t updated their GSoC page for 2017 yet.

ArduPilot, the open source autopilot software, has a list with 13 ideas ranging from a JavaScript Log Viewer to improvements for new helicopter types and 3D visualisation for simulation. There’s a separate chat channel on Gitter you can join.

The BeagleBoard project makes nice ARM development boards and has a list with 13 items as well, plus a list of 500 projects based around BeagleBone boards which could be used as a starting point for a GSoC idea. They use a mailing list and an IRC channel (#beagle-gsoc) for coordination and every student will be sent a BeagleBone board to work on. Current ideas cover all hardware and software aspects of their platforms, from audio processing to data collection, GPU offloading, building a seismometer and much more.

Blender, the open source 3D graphics and animation software, has a list of around 30 ideas (not all are confirmed) . Students can contact the project via mailing list or IRC chat (#blendercoders). Current ideas include improvements to the Cycles raytracer, better tools for sculpting, painting and modeling, and much more.

If you want to hack at low-level C++ code, you can have a look at the Boost project wiki page for GSoC 2017. One idea for example is Multicore and GPGPU acceleration for their linear algebra library.

Ceph, the project behind the distributed filesystem of the same name, is also participating in GSoC this year. Their list of ideas includes a tool which is supposed to automatically detect the root cause of a problem in a Ceph cluster, a Cluster Status Dashboard, and testing their S3 API against S3 implementations in various languages.

Want to work for CERN or one of the many other particle physics institutions? The HEP Software Foundation acts as an umbrella project for the high-energy physics community and it takes a long while to work through all the project ideas of all member projects and institutions. If you are looking for something at the “bleeding edge” of technology, like Machine Learning and working with huge amounts of data, this seems to be the way to go.

Want to work on a compiler and libraries for supercomputers instead? Chapel, the parallel programming language, is looking for something to implement a cryptographic library, a linear algebra library or one of their other ideas.

Discourse, a project developing a forum software of the same name, has a long wishlist of features and improvements.

Project ideas for the Fedora Linux distribution include developing administrative tools for the 389 LDAP Directory Server, building a .NET wrapper library for systemd, and re-adding missing features to the Fedora Media Writer.

FFmpeg, the “universal media toolkit”, offers a lot of ideas around audio/video codecs and audio/video effects. Always wanted to hack on a VP9 decoder, a Vorbis decoder, or build fully functioning encoders and decoders for the FITS file format? Then FFmpeg is your project.

The Freifunk project acts as an umbrella for many other projects from the area of networking and file sharing. Again the list of project ideas is too long to work through in a short amount of time, but if you always wanted to hack on mesh networks, Multipath TCP or “next-generation” file sharing applications like Retroshare, please apply here.

This is only a short, non-exhaustive overview of the full list of participating organizations. All the other well-known open source projects like openSUSE, LibreOffice, LLVM, GNOME, KDE, Mozilla, PostgreSQL, Python, QEMU, Rails, ScummVM, Eclipse, the GNU project, the Linux Foundation, NetBSD, teh X.Org Foundation, Kodi and many more are waiting for your application as well.

We use cookies to ensure that we give you the best experience on our website. If you continue to use this site we will assume that you are happy with it.I agreeRead more