My desktop machine is three years old now and I’m looking for a replacement. I mostly use it for Blender, pixel and vector graphics, audio and video editing and sometimes large(ish) compile jobs. The current configuration consists of a quad-core AMD A8-7600 APU, 8 GB DDR3 RAM, and a Gigabyte GA-F2A88XM-D3H AMD A88X mainboard. A Gigabyte Windforce OC GTX950 NVIDIA GPU was added later to drive a 4K display and to help with raytracing (Blender supports CUDA quite well). Since AMD announced the Ryzen (back then just “Zen”) product line I’ve been putting off the upgrade to see how Ryzen competes with Intel CPUs.

Now some Ryzen 7 CPUs and matching mainboards can be pre-ordered for the March 2 launch date, and I wanted to see what the situation looks like to a potential buyer. This is an overview of what can currently be pre-ordered in Germany:

The model I’ve set my eyes on is the Ryzen 7 1700X. The price gap to the Ryzen 7 1700 is narrow enough for me and XFR seems like something I want, it allows the CPU to clock even higher when it is properly cooled, and the 95W TDP seems to leave enough room for high clock rates.

Turns out the i7-6800K goes for the same price as the Ryzen 7 1700X. It may only have six cores and at least in Cinebench it’s slower than the 1700X, but it has four DDR4 memory channels instead of just two and thus an 80% higher memory bandwidth. The bandwidth per core is 12,1 GB/s compared to 5,275 GB/s for the 1700X. That’s not insignificant depending on your specific application. To me this explains why AMD chose Blender (raytracing), Handbrake (video encoding) and Cinebench (raytracing) for the benchmarks, neither of these three is memory-bound, but they can make good use of as many high-clocked cores as possible. I do some audio and video encoding, but raytracing is usually offloaded to the NVIDIA GPU because it simply does it faster.

Now let’s see what the situation looks like if I build a full system including a GPU, 16 GB of RAM and a 256 GB NVMe SSD. Both CPUs don’t come with an integrated GPU, so I’m going to need one, as will all the gamers.

Though choice. The 1700X has two more cores, but memory bandwidth per core is much lower and the platform doesn’t offer many possibilities for extension because of the few PCI Express lanes. If my applications happen to be memory-bound I’m off worse, and if I later decide to add a second GPU for SLI or as a dedicated CUDA card for Blender it will never be able to communicate with the CPU as fast as the first card can. The ASUS Prime X370-Pro even has the following specifications:

So if I put in two GPUs, BOTH GPUs will be downgraded to x8? Really? What does this look like on the MSI X99A Raider?

Wow. Same story with all AM4 mainboards I’ve had a look at. 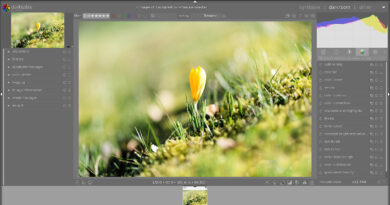