UPDATE 5.5.2015: Thanks to Simos Xenitellis for finding out how the WiFi test works.

The bq Aquaris E4.5 Ubuntu Edition has a “hidden” Factory Mode. You can access it by doing the following:

The following menu will be shown: 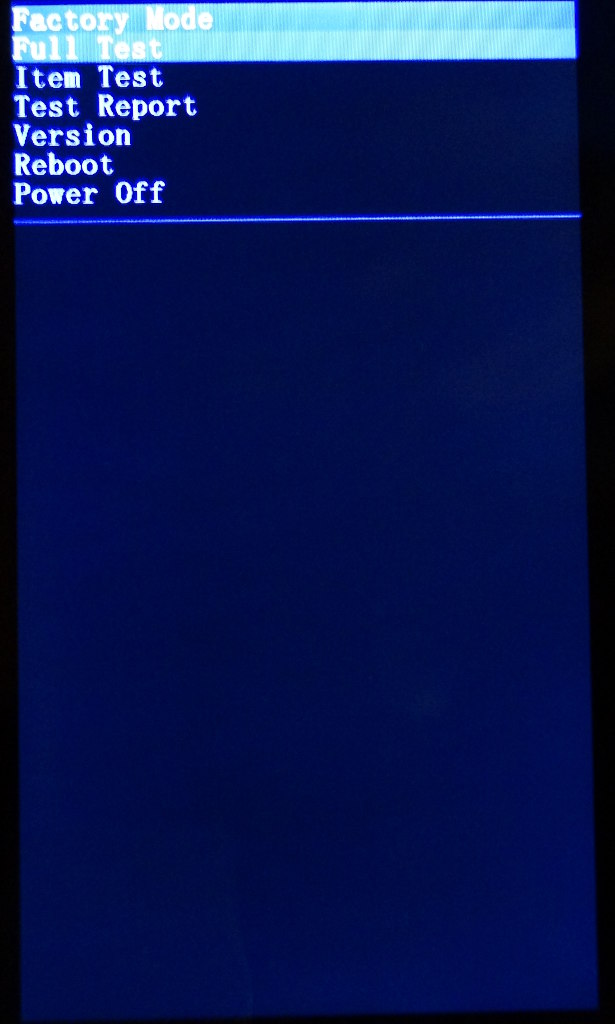 This option will offer you manual tests of the device hardware. Each test is for a specific hardware item, e.g. the touch screen, the backlight or the modems, and after the test you can select “Test Pass” or “Test Fail”. The results of your answers will be shown in a report later.

The following tests are currently offered on my device: 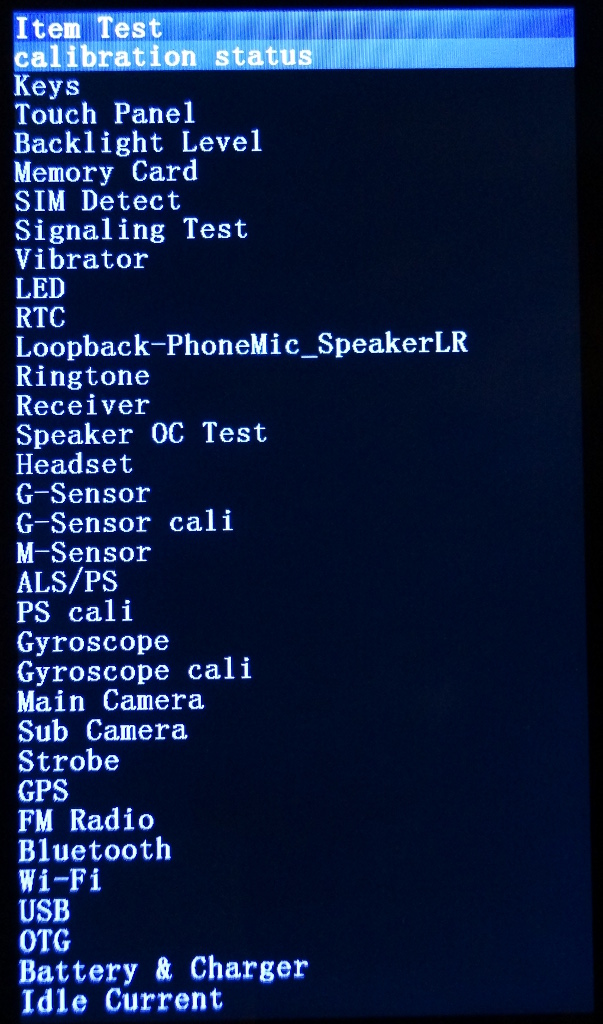 This is a screenshot of the GPS test: 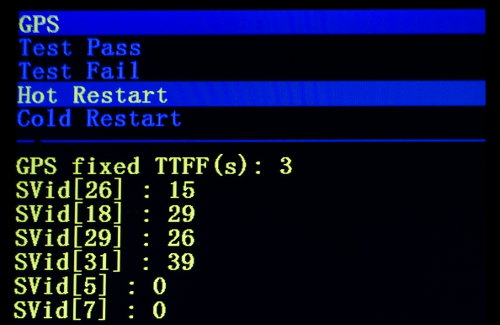 These are some of the test pictures for “Backlight Level”: 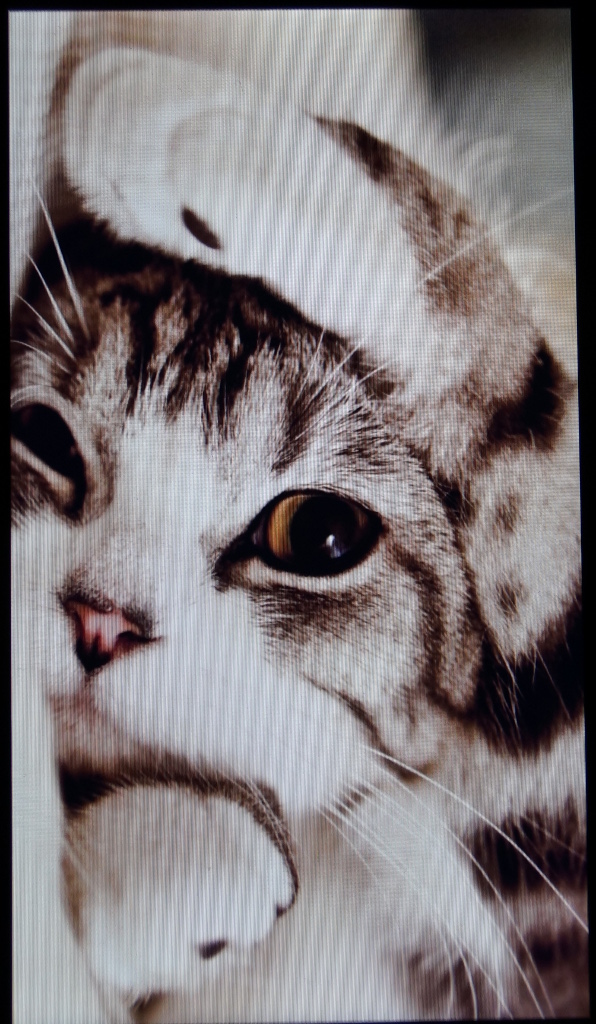 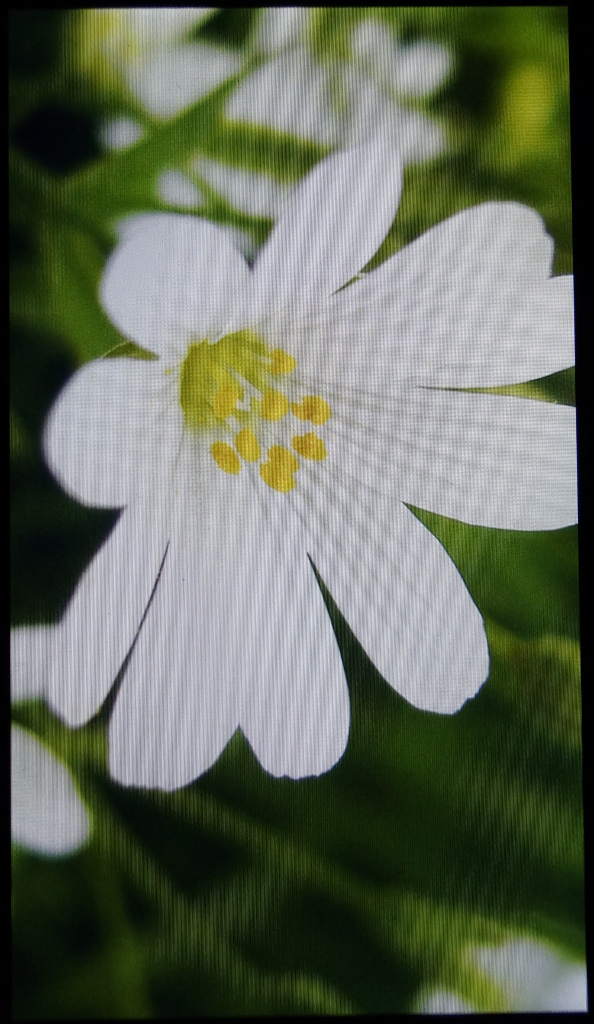 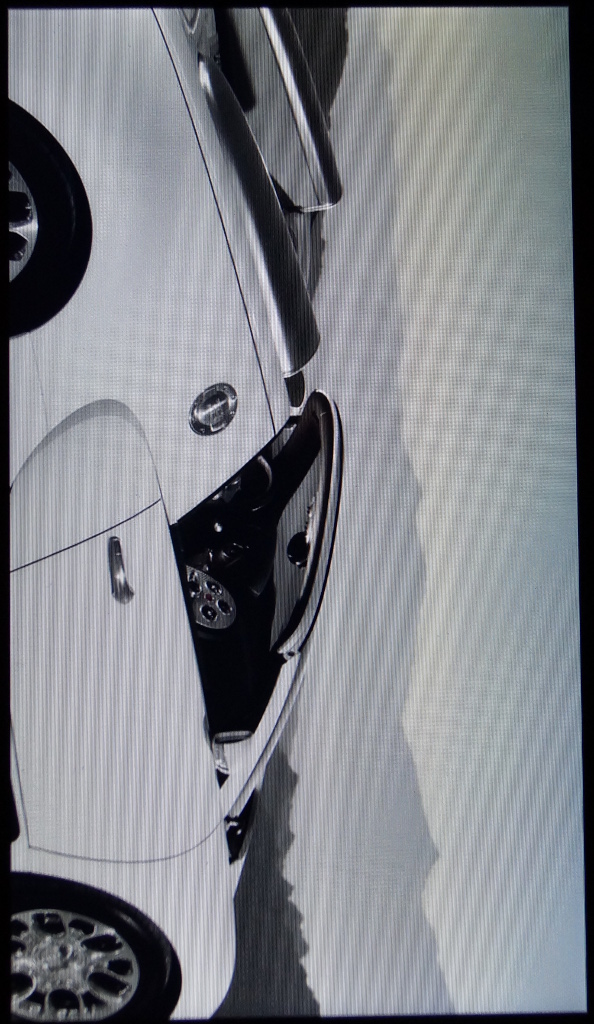 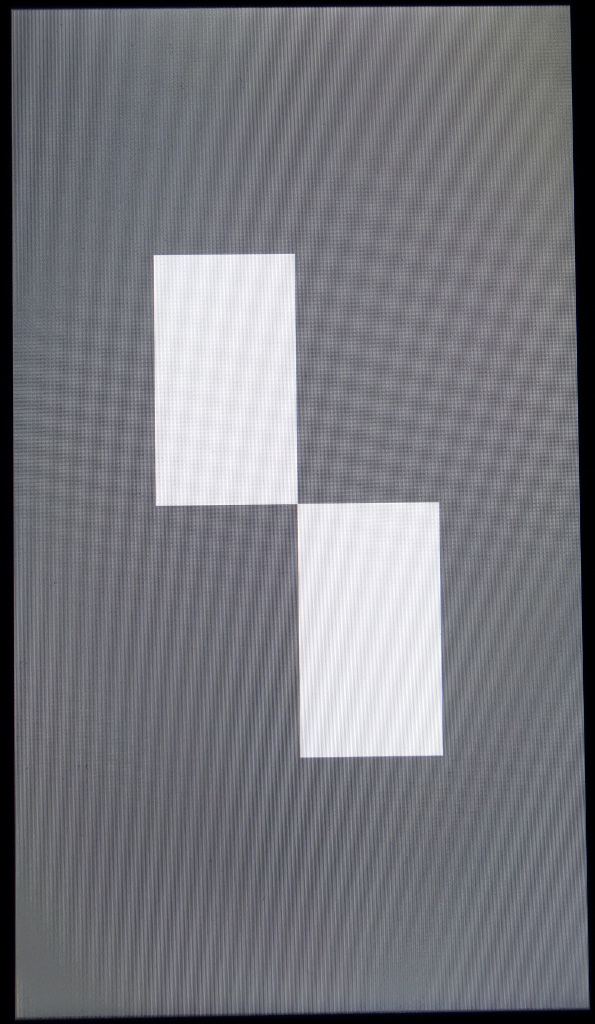 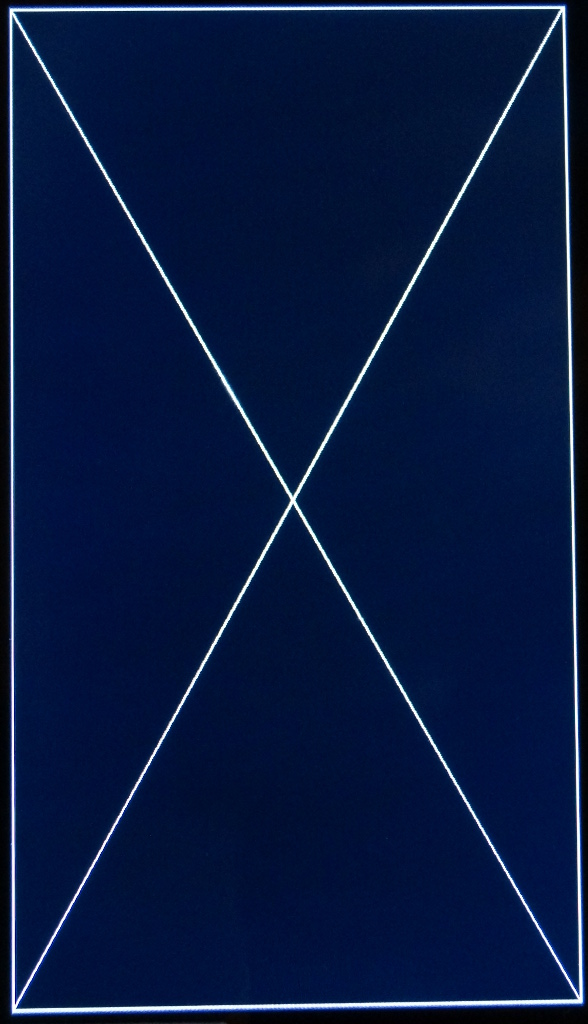 This will just run through all tests one after the other. It takes quite long.

Lists all previous answers to all tests. A “Test Pass” will result in a green entry, a “Test Fail” in a red one. Unanswered tests are black. 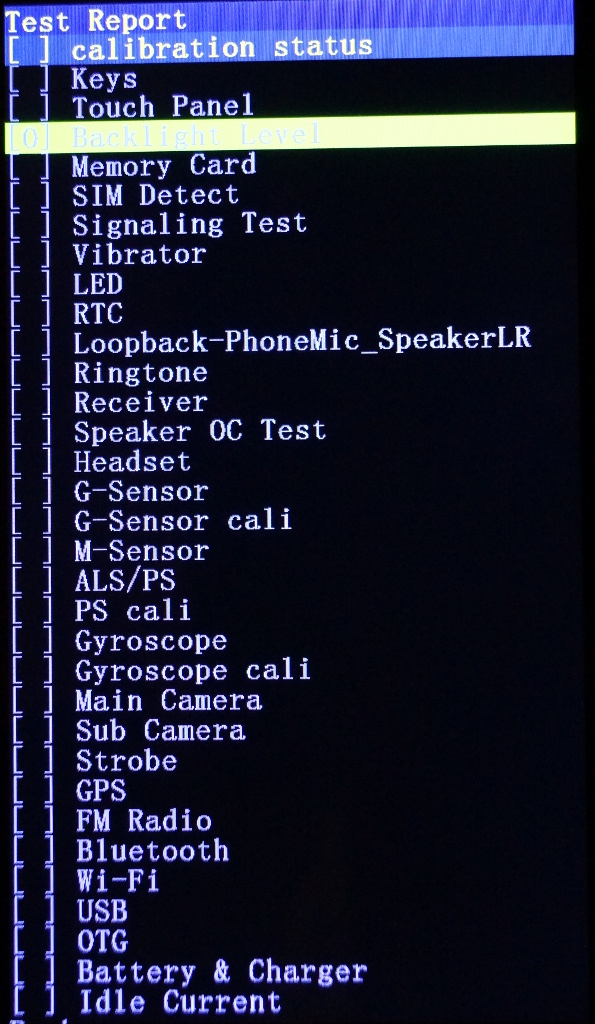 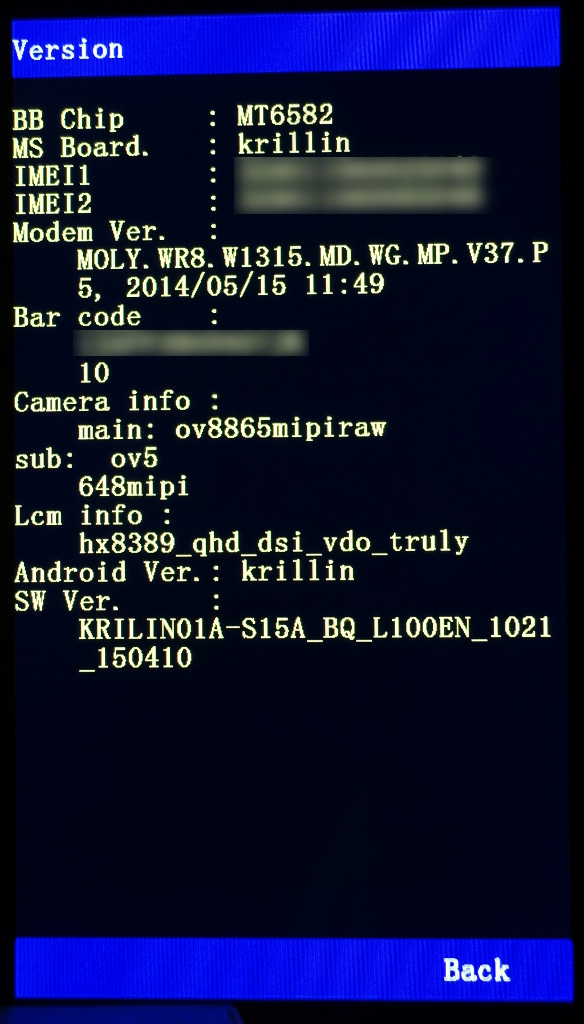 Displays the hardware/software versions of various components and the modem IMEIs. On my device the information is as follows:

While in Factory mode, the phone shows up with the following profile on the USB bus:

The USB ID is different than the normal one. So the device seems to be produced by HTC for bq and exports two devices: an USB storage class device labeled “Linux File-CD Gadget”, and an ACM serial communication device. The storage device cannot be mounted in my setup, it fails with “no medium found on /dev/sdc”. The ACM device is recognized by ADB and can be used if the ADB server is started as root, or if the access rights to the USB device are set correctly (e.g. using an udev rule).

Now let’s open an ADB shell while the phone is in factory mode:

I have no idea why some of the parameters appear twice in the cmdline.

Looks like the device booted the default kernel, but boot_reason=0 instead of the boot_reason=4 on normal startup.

The Factory Mode environment consists of the /system/bin/factory process and a short list of other processes, mainly ADB and MediaTek drivers. /system/bin/factory is written in C++, directly accesses /dev/graphics/fb0 and, as expected, links against pretty much every hardware access library on the system:

If you find out more about the Factory Mode on this device, please find me on Launchpad.net and get in contact.